Whoever Said, “The Best Things in Life are Free” Obviously Wasn’t a Parent

I Laughed So Hard, I Peed My Pants

The rustling of the nylon against her 50 lb lanky frame as she darted through the play tunnel was the only accompaniment to the raucous giggle fest taking place. I walked up the stairs after getting home from work and heard the laughter break just long enough for the words, “Daddy, look at Lucy’s trick!” Lucy is our 8 month old  Weimaraner and she has lots of energy. My daughters had gotten out an old nylon baby tunnel and Lucy decided  running through it as fast as she could was the greatest thing ever.  My toddler agreed and just like that it was giggle-palooza.

Remember that? Remember what it feels like to laugh so hard at something that you think you may never catch your breath? Remember what it is like to have the laughter go silent as your face contorts almost in a plea to make it stop before the control of your bladder is the next thing to go?  Seems like it used to happen a lot more often doesn’t it?

No one likes pee pants but there is something kind of awesome about a moment that entertains you to the extent that you can no longer control bodily functions.  My toddler (standing on the toy box so she wasn’t in the raceway) stood there and laughed so hard she could barely breath.  Lucy, apparently relishing her new role as giggle fuel, continued to dart through the tunnel to the toddler’s delight.

I stood on the stairs and watched thinking about how the laughter of a child can be contagious.  Just before I began to wax-poetic about the unabated joy that can be found in the most simple parts of family life, the laughter stopped.  Lucy stopped.  The toddler looked at me and said, “sorry daddy, I had an accident.” As soon as the words left her mouth, the dog took off again and the giggles exploded as if the puddle on the toy box wasn’t even there.

She has been potty trained for a while now but I knew right away this had nothing to do with being potty trained.  She had simply laughed so hard she peed her pants.  While not the most fun to clean up, you have to tip your hat to the concept of laughing so hard you wet yourself.  When you are a kid there isn’t very much that you are in charge of, you aren’t used to having a tight grasp on things.  It’s probably easier to lose control because you aren’t that used to having control.  As we get older our grip begins to strengthen as we hold onto things we are responsible for and trick ourselves into thinking that we control things when all we really control is our reactions to them.

They look so sweet when they aren’t sprinting through the living room or peeing on the toy box.

What if you could have a moment that you didn’t just loosen your grip but you opened your hand completely, trusting that there would still be something to hold onto when you were done but for just that instant you laughed.  You laughed long and hard and maybe you don’t wet your pants but you get right to that point.  That point where everything just kind of disappears and the only thing that you are cognizant of  is the thing cracking you up.  You know what else is cool about that? Laughter is free.  I don’t know about you but for me it has been a while and I miss laughing like that.  Cracking up is totally sweet.

Seriously dude? You are spending me on another glow necklace at the park then putting me in the freezer? We both know that doesn’t really work.

Remember that time I disabled the parental control’s on my daughter’s Kindle to download some movies for a long car ride but forgot to turn them back on and 2 months later found out I owned every single episode ever of iCarly? I remember it like it happened yesterday because that is when it happened.  That’s right, every single episode bought one at a time (instead of the discounted price for purchasing the entire season) over a couple of months.  I guess this goes into the family budget column of  “unexpected expenses” but I really thought that meant stuff like tire repair or an wrist cast.  I’m sure those will come but for now, our “unexpected expenses” are brought to us by Nickelodeon.  I get it though, I know it was my fault for not turning the parental controls back on but in all reality it is probably my fault because my 6 year old has a Kindle Fire.

Regardless of if it is something you have time to prepare for like shoes for school or something unexpected like a broken window and a flesh wound in need of stitches, kids are expensive.  Money arrives and departs my bank account so quickly it doesn’t even have time to sign the guestbook.  People joke that if money talked,  theirs would only say goodbye but I think mine would give me a long sigh, an exasperated look, and exclaim “seriously?”  Then I would suck it up and pay $18 for popcorn at the circus or a Disney World souvenir that will have the newness worn off on the drive home and be designated to some junk toy bin that probably holds $200 worth of plastic chachkies. 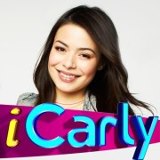 I wan’t my kids to experience things to the fullest as much as anyone else but now that I am older, I get why so many dads in movies and cartoons I watched as a kid came with a scowl.  I think the process goes something like this:

Kid: Look they have a petting Zoo!

Kid: I got invited to a birthday party!

Kid: Thanks for bringing us to the movies dad!

Kid: I think I broke my ankle, its really swollen.

Dad Brain: Rub some dirt on it. 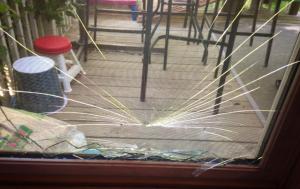 This uh oh will cost a bit of coin but luckily she was fine. We were glad the blinds were closed and she learned a lesson about climbing onto the table.

As you can see, it is a steady digression and finding the balance between basking in the smiles of your offspring and calculating what it cost to get them can be a challenge.  I guess it is important to make it work though and realize that there are ways to make things less expensive and it is insensitive to nick name your kids “could have been a jet ski” and “instead of a lake house.”  This week I got a broken window and iCarly.  When they are teenagers I will probably look back at how this was small potatoes.  Still though, over $300 of unexpected expenses in a 10 day span is enough to put me at risk of sporting a scowl.  I mean, just think of how many fireworks you can buy with $300.  Perhaps the most telling piece of information in this blog post is the fact that I was just thinking about how many fireworks you can buy with $300 and not how much interest it could earn over the next 10 years if tucked safely into an IRA.  Enough about that, never mind the man behind the curtain  the great and powerful dad has spoken.  Kids are one of the best things in life but they are far from free and spending over $100 on iCarly episodes is totally weak.