Life in The Last Minute

Being Sucked in Until The Credits Roll 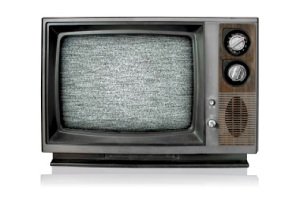 How sweet is that moment when you get your last kid to bed and the last toy either cleaned up or kicked to the corner?  The great nightly sigh of relief that I sometimes feel should be accompanied by a roaring crowd or at least a steady golf clap for another one in the books, another job well done.  We love our kids but that nightly respite from activity is a calmness worth basking in.

Last night, after a long day at work with the kids down and the wife lost in her Kindle, I nestled into the friendly confines of my couch’s butt groove and took part in America’s true past time, channel surfing.  Flipping between the NBA playoffs and anything else that struck my fancy, I stumbled upon an old movie called U.S Marshals.  It is the kind of movie that is right in my wheelhouse of enjoyment and from the minute I heard Tommy Lee Jones say things like “zoom in on the man by the door” and “Ok, put it on the big screen and clean up the image”, I knew what I was doing with the next 45 minutes.  I never get to say stuff like “hold him on the line while we triangulate the cell tower and pinpoint his location”  in my line of work and getting to say that stuff is rad.

I enjoyed finishing the movie and thought about how awesome it is when you come across an old movie that you like.  When you catch it in the middle it doesn’t seem like such a time investment and the serendipitous nature of your discovery is rewarding.  There are some movies that I know  that no matter what point in the story it is in, I will be locked in until the credits.  My sure things are The Empire Strikes Back, You’ve Got Mail, and any action espionage flick that has a lot of courier font being typed up on the screen saying stuff like ” Langley, 15:00 hours.”  I have probably seen the last 10 minutes of You’ve Got Mail a hundred times.  I am waiting for the day my daughter asks “Why didn’t Kathleen Kelly just track Joe Fox’s IP address and then find him on Facebook or something?”  Wasn’t the innocent technology naiveté of the 90’s comfy?

There is no doubt about it, when you have a bit of free time and your channel flips to Luke landing in the Dagobah System, it is totally sweet.

Why Do Today What You Can Put Off Until The Excruciating Last Second? 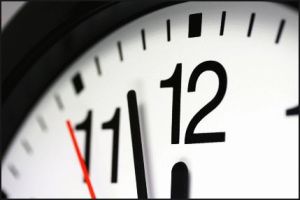 The Problem with letting myself get absorbed into the thrilling plot twists of a movie like “Sharktopus” is that more often than not, my free time is really just a byproduct of my own laziness and denial.  I have a tendency to push responsibility to the back burner sometimes in the name of enjoyment and gratification.

When I was a sophomore in high school, I once started a science fair project during third period of the day that it was due.  In college I would often pull all nighters or sometimes even decide I wanted to sleep and set my alarm for 3:30 in the morning to get up and start writing a paper that was due in 5 hours.  I guess some people base jump or rock climb, but for me, the most intense adrenaline boosts seem to come when a deadline is on the horizon and rapidly approaching.

I get that this isn’t the best way to operate and the longer you wait to complete a task increases the odds for failure.  I am not sure if I missed a page in the “being a grownup” handbook but the whole concept of getting something done early so you don’t have to stress about it has never really taken hold.  I can absolutely see the benefits of doing stuff early but I think that I have convinced myself that the stress and sometimes panic fuels me to create my best work.  (That sounds like even more of a cop-out now that I have written it.)

I need to improve in that area of my life and my first step is probably addressing my general organizational skills which sadly, still look pretty much like the bottom of my tenth grade locker.

Writing this blog has been fun and I would love to continue by trying to think of more almost funny material or recycle old jokes that I haven’t put here yet but I have a huge proposal that I have known about for a month and it really needs to be finished by the close of business today.  Guess it is time to get started.  The last-minute may be exciting but waiting that long all of the time is totally weak.

I am a husband and a dad of two little girls. I am a lone Y chromosome and am already planning my escape strategy to deal with the estrogen flood that is on its way. People say there is a lot of joy to be found in the simple things and I have found they can provide a healthy dose of anti-awesome as well. I am, in general, a pretty optimistic guy and needed a bit of a creative outlet; so here it is. Thanks for stopping by. END_OF_DOCUMENT_TOKEN_TO_BE_REPLACED
This entry was posted on Friday, June 1st, 2012 at 11:48 am and tagged with family, grown ups, High school, humor, kindle, marriage, movies, parenting, projects, relaxation, star wars, stress, time and posted in Uncategorized. You can follow any responses to this entry through the RSS 2.0 feed.
« A Handful of Spaghetti and Other Toddler Delicacies
Thank God for Little Bags of Shut the Heck Up (Parenting with Fruit Snacks) »

27 responses to “Life in The Last Minute”