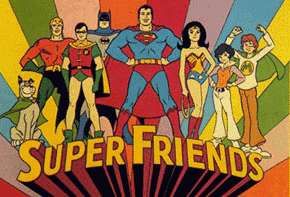 I’m not sure if it happened all of the time or only a few times but the memories of it were etched deep enough that they are easy to recall.  When I was a kid we would sometimes go to the Dairy Queen on Canton Road on Friday night.  We would sit on the patio with these round fiberglass tables with red and yellow fiberglass umbrellas that were angled just enough to keep the sun away and look like they were tipping their hat to the cars driving by.  Dad always called it getting a Brazier burger and I didn’t even know that was named after the cooking apparatus until I Googled it just now.  I would get a chili dog and there the four of us would sit like some John Cougar Mellencamp song.

When we finished dinner the sun was down and dad would buy everyone a milkshake to have on the ride home.  Usually chocolate for me, in a bright yellow paper cup.  Thick and delicious in a way that made the pain between your eyes as you tried to suck through the straw totally worth it.  We would get home and it would be time for bed.  Half eaten milkshakes were put in the freezer for safe keeping.

Until I hit the teenage sloth years, I was often the first one up on Saturday morning.  I would walk into the kitchen and get my now frozen solid milkshake and a fork.  I would turn on the TV and relish in controlling its destiny.  I would watch Super Friends and Pee Wee’s Playhouse and scrape the frozen bits of milkshake off with a fork until it melted enough to pull the straw free.

At the time I thought I was getting away with the most diabolical act of breakfast treason ever and smiled in the assurance that my unknowing parents were fast asleep right down the hall.  As the roles have changed, I now know better than thinking that they were ignorant to my scheming tucked away in blissful slumber.  They were awake, maybe groggy, but letting a little boy savor his first tastes of independence.  I will never forget that frozen leftover milkshake with Saturday morning cartoons.  Totally sweet.

After a long week, the fatigue can often culminate on Friday night.  Yet, still determined to have some kind of life, it is inevitable that we will stay up later than usual even if it is just to have a beer or two and watch an old episode of Friday Night Lights on Netflix while folding laundry.  We are wild and crazy like that, I think the kids these days call it thug life.

We stay up later because we still live under the guise that just because we won’t be rushing off to work the next morning, that there will be time for rest and relaxation.  The reality of that is parenthood does not come with a snooze button.  Saturday mornings never arrive late, and often seem to smack me right in the face before the sun is even up or my eyes have had the chance to peal open.  Dropped toilet seats by the oldest begat cries from the toddler begat the realization that we have to be at some dumb kid’s birthday party in two hours and there is more to do than time to do it in.  It is funny how the cherry on top of that Saturday morning scramble is always writing something in said dumb kid’s card, even though a card is merely the gallbladder of a 6 year old birthday party.

Saturday mornings have a different feel now but if my oldest follows in my footsteps as an early riser, as long as she is quiet, she can eat whatever she can reach and clean up.  It would also be in her best interest to hide the evidence if she ops for ice cream sandwiches and fruit roll ups.  I can wax poetic about letting her spread her wings and have a touch of freedom but the reality is, pop should have probably passed on that last Amstel Light and just needs a few more dad gum minutes to sleep.  She has almost completed the complicated TV remote training so I think the time is drawing near.  Until then, we will remember the days of yore and hope those memories ease the pain of our new Saturday mornings that are totally weak.

I am a husband and a dad of two little girls. I am a lone Y chromosome and am already planning my escape strategy to deal with the estrogen flood that is on its way. People say there is a lot of joy to be found in the simple things and I have found they can provide a healthy dose of anti-awesome as well. I am, in general, a pretty optimistic guy and needed a bit of a creative outlet; so here it is. Thanks for stopping by. END_OF_DOCUMENT_TOKEN_TO_BE_REPLACED
This entry was posted on Wednesday, August 29th, 2012 at 12:14 pm and tagged with 80's, cartoons, Dairy Queen, humor, memories, milkshakes, mornings, parenthood, Saturday, sleep, Television, weekend and posted in Uncategorized. You can follow any responses to this entry through the RSS 2.0 feed.
« Book Learnin’
Smooth Operator »